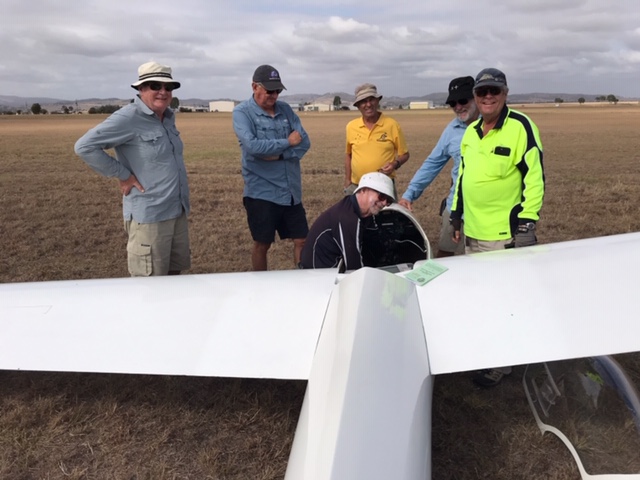 The Watts Bridge Long Weekend has a reputation at Caboolture Gliding Club of offering not only good soaring conditions but also a great social occasion where members, family and friends get together at the airfield and also in town each evening for a meal.

This year our Watts Weekend ran from Friday 4 October to the following Monday.  18 members attended, most staying for the four days, plus 4 family members joined us on the field and for dinner at the pub each evening. The dinners at the Toogoolawah Hotel have achieved legendary status in our Club and they certainly didn’t disappoint this year.

People and gliders began arriving at Watts on Friday morning. Our IS-28 and Blanik two-seater gliders were ferried over behind the Club’s Pawnee tug and the Club’s two single seater Standard and Club Libelles were de-rigged and brought over in trailers. Two of our members also brought over their own gliders, one a vintage single seater brought over in a trailer and the other a motor glider which made the journey to and from under its own power.

Flying at Watts. Over the four days these gliders flew a total of 20 hours and 51 minutes over 32 flights. The longest flight of 3 hours 6 minutes was on Saturday when we had the best soaring conditions and average flight times of just under an hour.

Among the gliders we had the club’s latest addition, a Standard Libelle single seater which 6 members flew for the first time under the guidance of the Club’s Chief Flying Instructor Mick Maloney and his Deputy Barry Collins.

Our tows to and from Caboolture were piloted by Steve Bowtell, one of our most experienced tug pilots, and tows on Saturday and Sunday at the airfield by Karl Bodi. All of our members thank the two tug pilots.

Local hospitality. As usual the hospitality at Watts Bridge was terrific. The airfield Board helped organise our visit and made sure we had access to a runway and place to position and tie down our gliders and the Queensland Warbirds & Vintage Aircraft Association provided us with the use of their club rooms, allowing us to store equipment at the airport and to charge batteries and radios each night. Thank you all and we’ll see you next time. 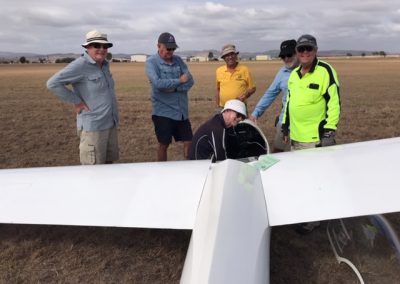 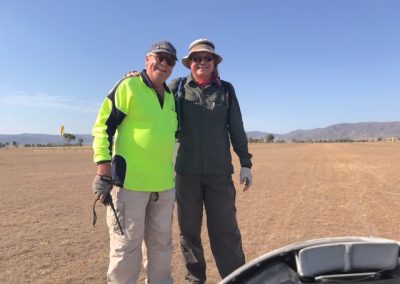 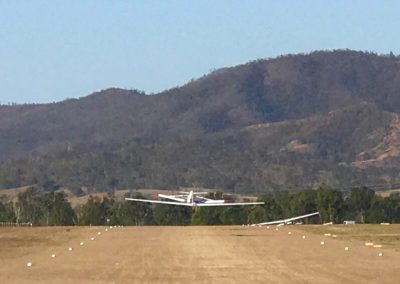 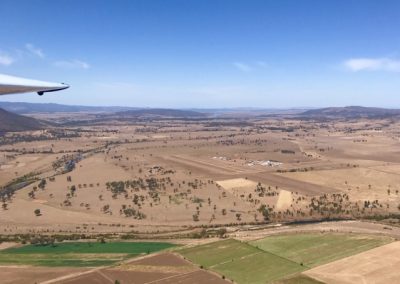 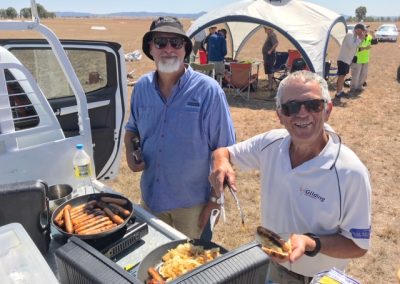 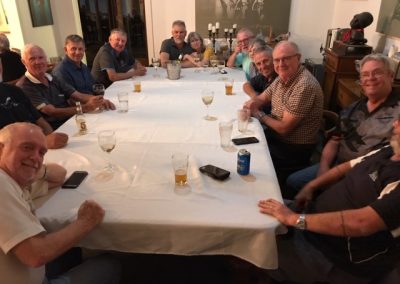 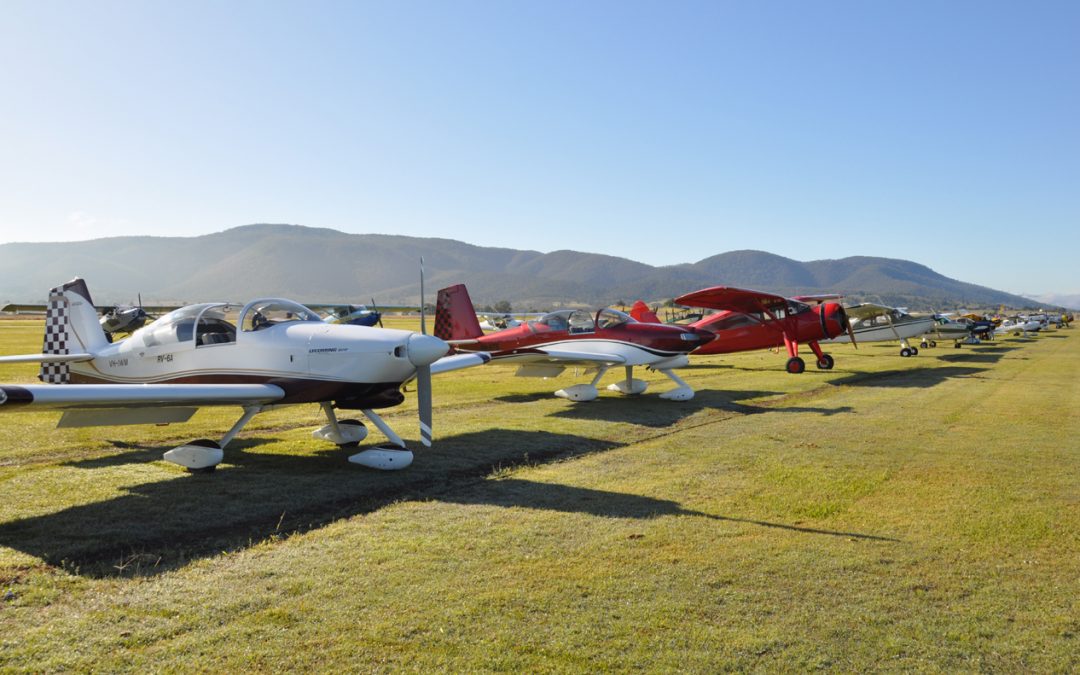